A new stage for the world's most famous opera

To inaugurate its first season under the leadership of Stéphane Lissner (former director of Milan’s Opéra house La Scala), the Opéra reconsidered its website, ultimately releasing a new destination that promotes programming, communicates ambition and further expands its audience.

AREA 17, in collaboration with communications agency Dream On Paris, designed and built a multifaceted responsive website atop a custom CMS platform, including bespoke ticketing and storytelling functionality. The site elegantly introduces visitors to both theaters, builds excitement for upcoming performances and hosts a newly introduced, exclusive-to-digital artistic space, “3e Scène.”

Just six months after launch, pages per session had increased by 30%, and session duration by 34%. The new website has won multiple industry awards including the Grand Prix from French media group Stratégie.

Opéra de Paris is made with Twill, our open source CMS for Laravel.

Cultivate interest as well as conversion

The new site is more than a powerful ticketing system. Housing rich editorial content and renewing focus on the artists, the new site reflects the revitalized ambition of the institution. Photos, videos and podcasts are orchestrated according to a lean architecture, and exist alongside the tools required for finding and buying tickets online. Artistic and commercial content strike a balance. 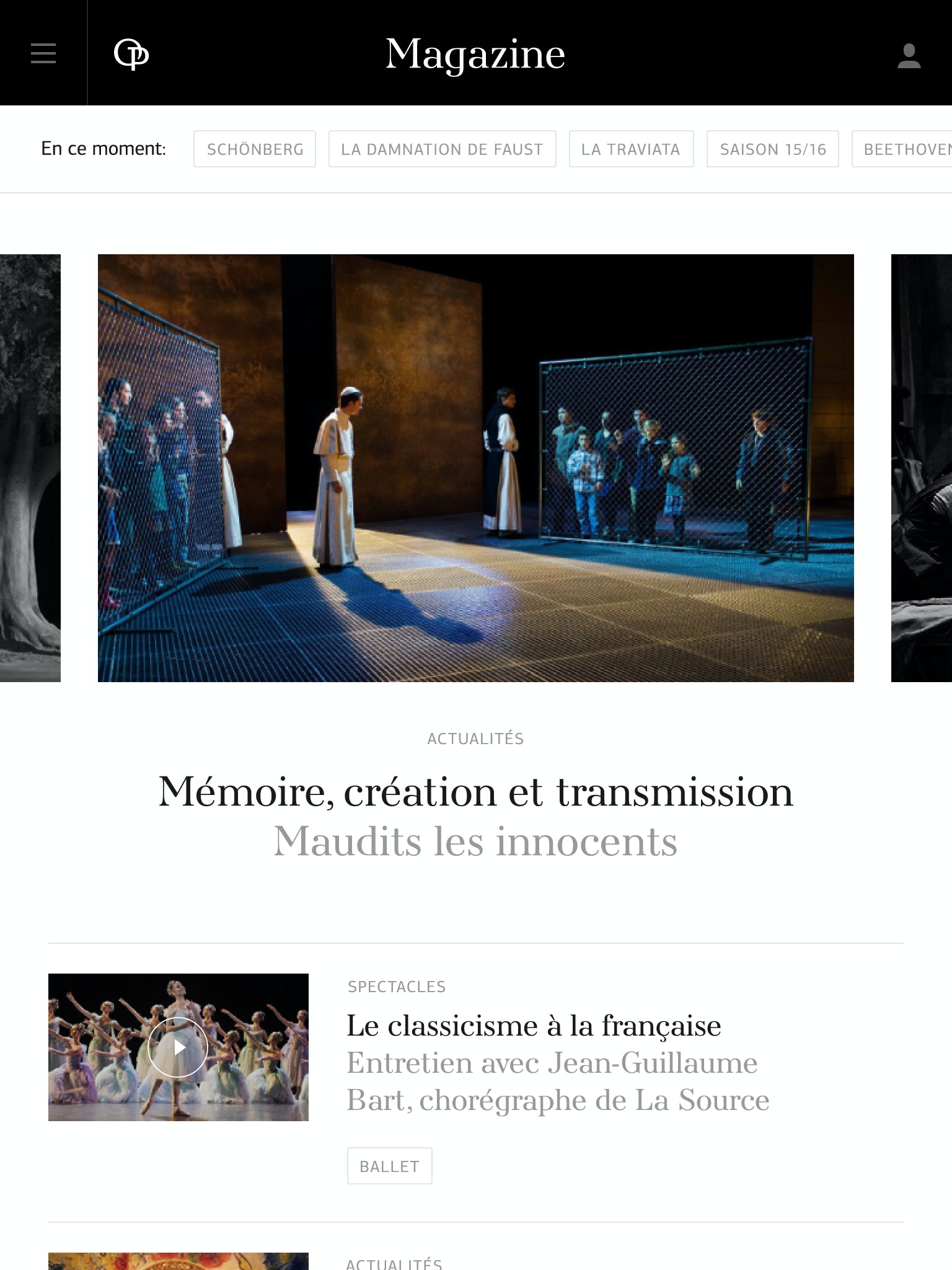 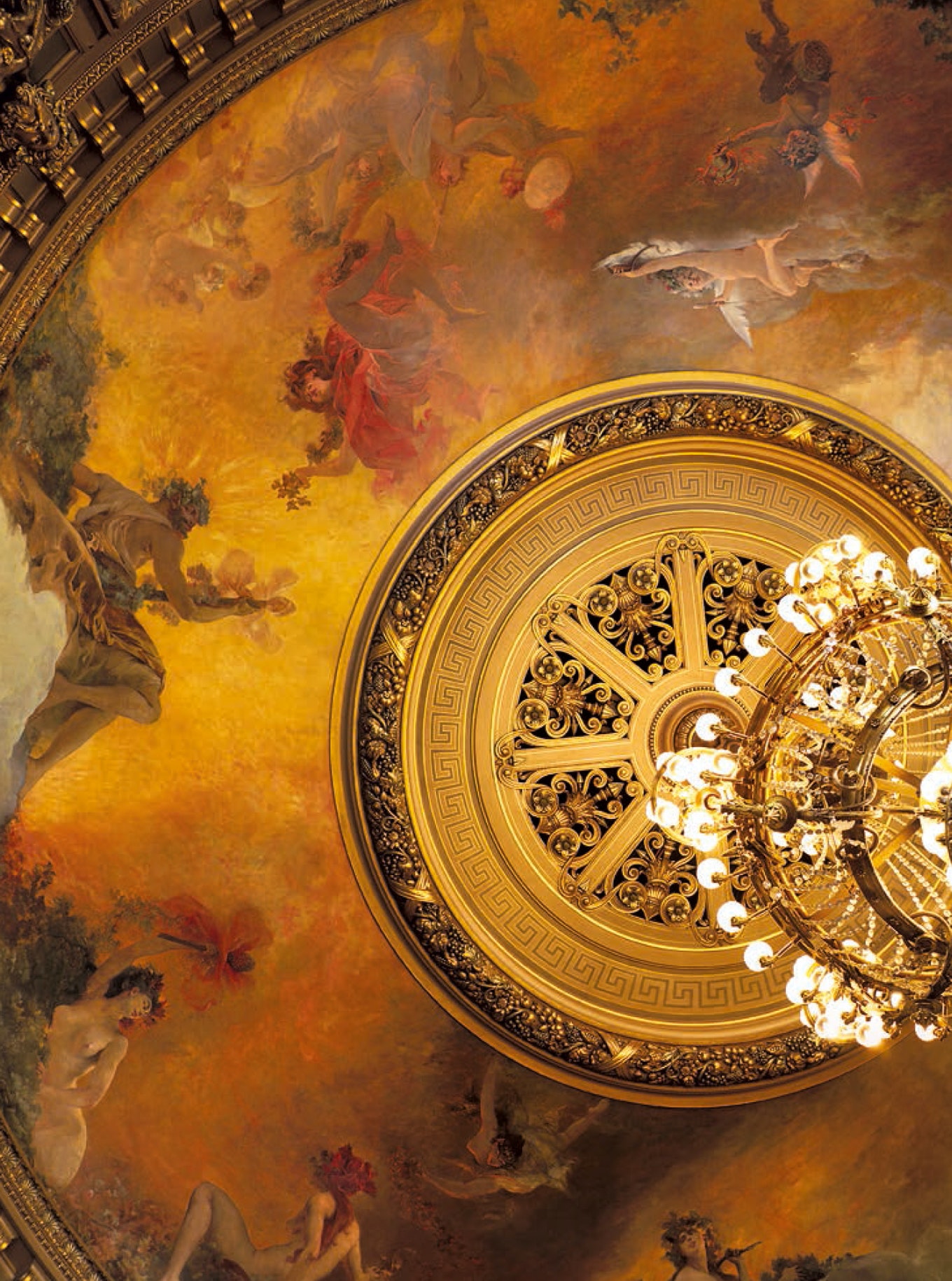 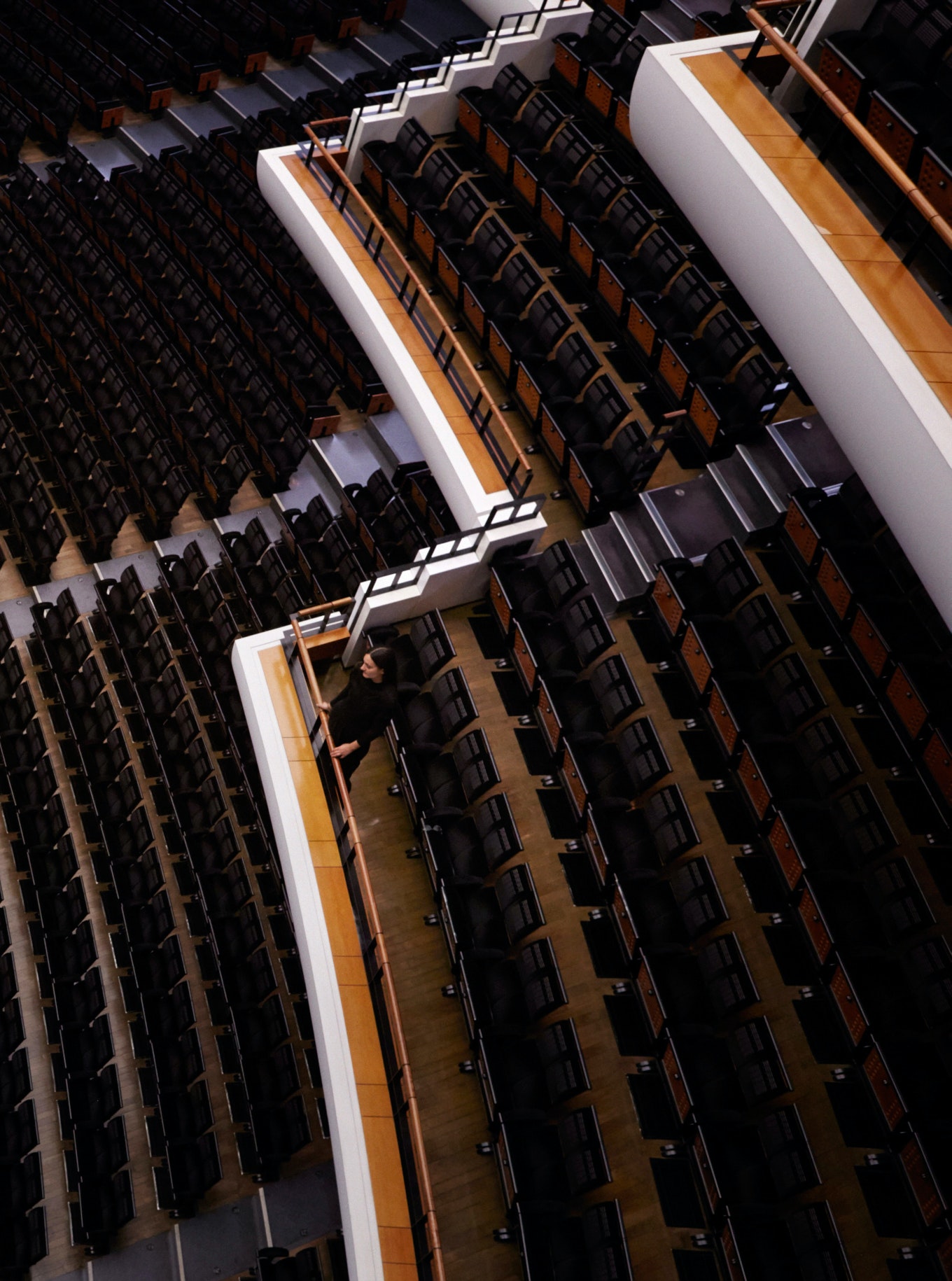 A streamlined platform clarifies the brand

Twill, our open source CMS for Laravel allowed us to create a fully integrated solution that gave the Opéra team the ability to fully edit, manage, and curate all site content. Data for the shows is automatically integrated from the third-party service to offer real-time information on prices and seat availability. All content is structured to be fully searchable and indexable, and our application communicates via web services to feed mobile apps and offer a unified content experience to all visitors across all channels. 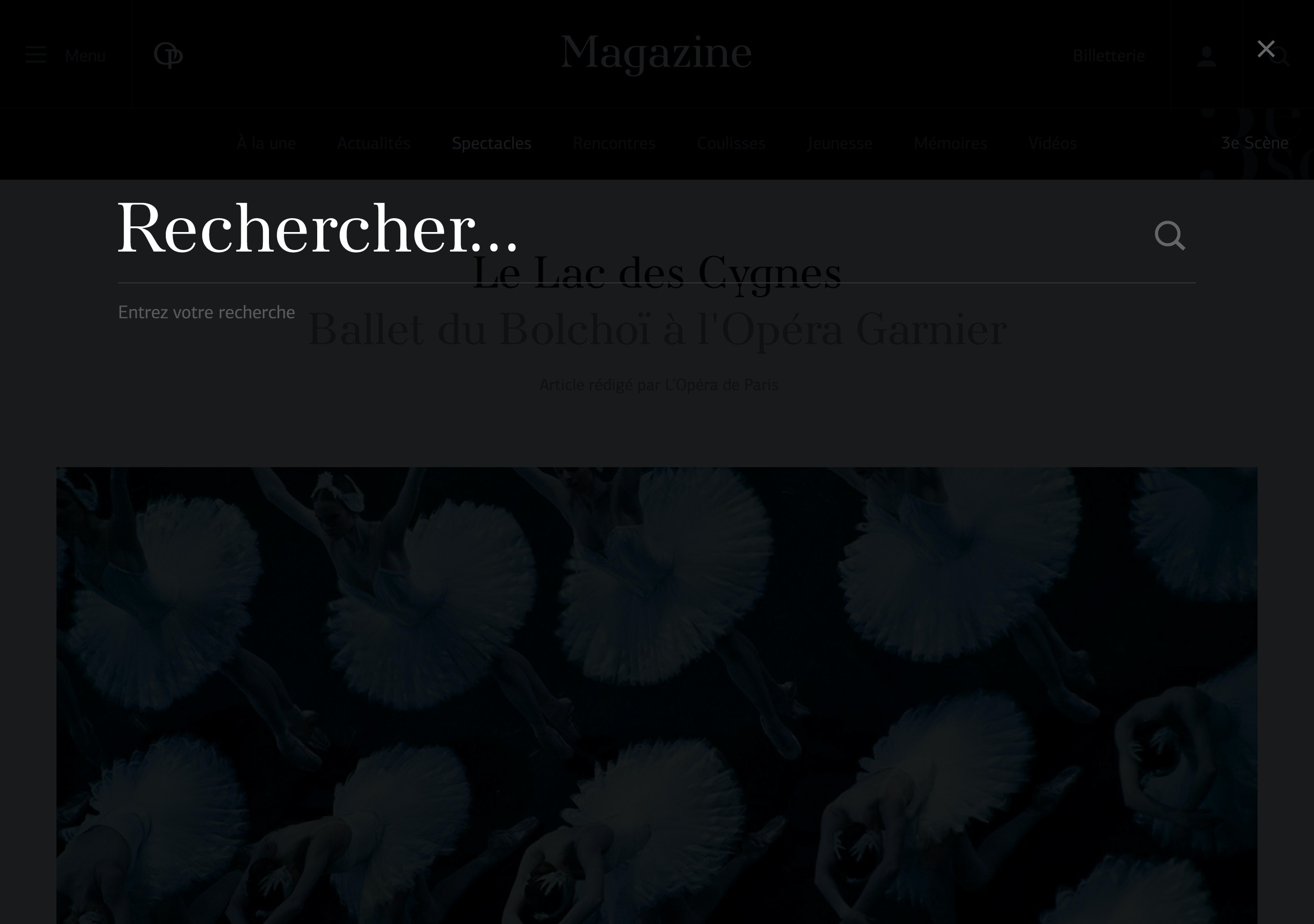 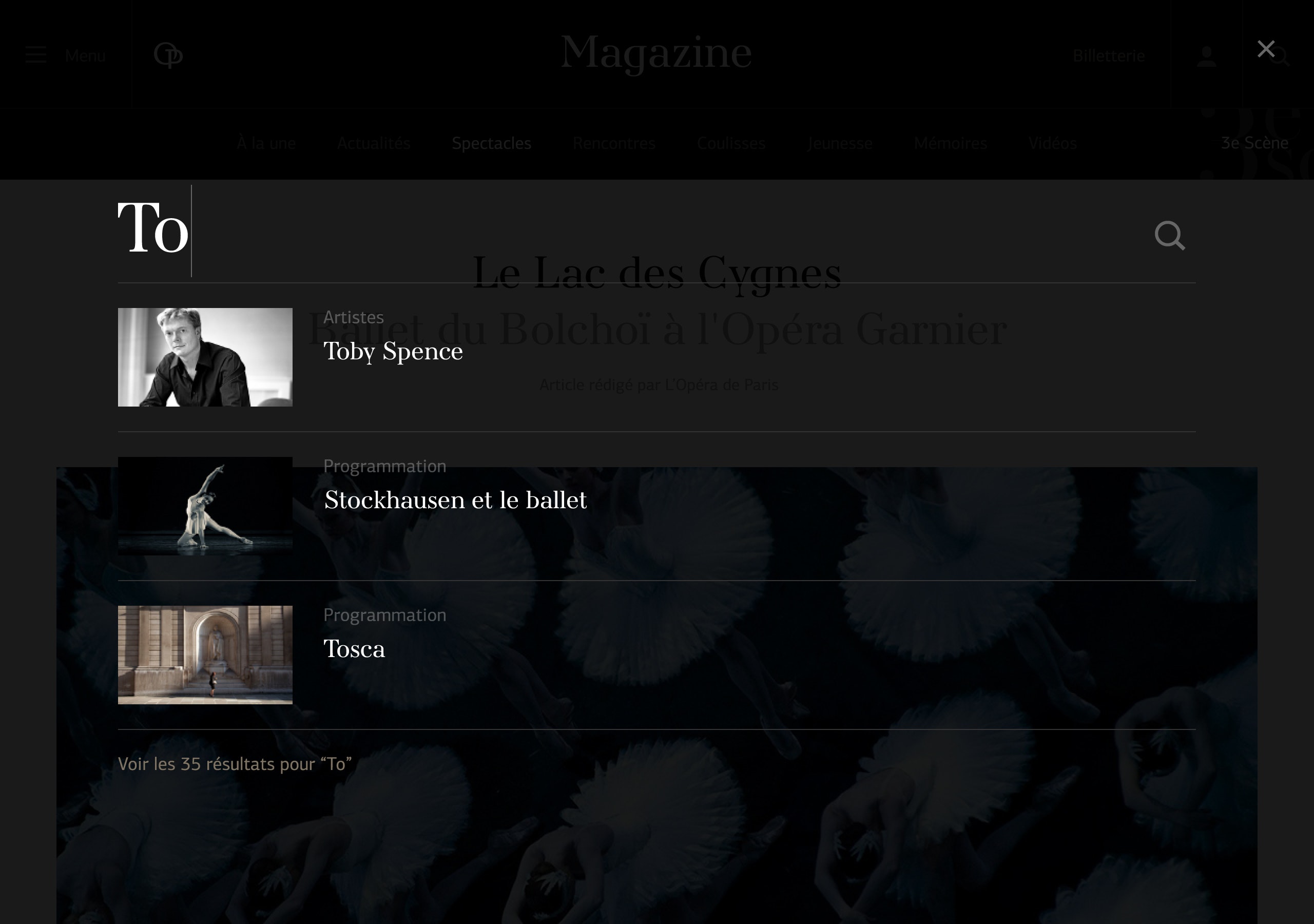 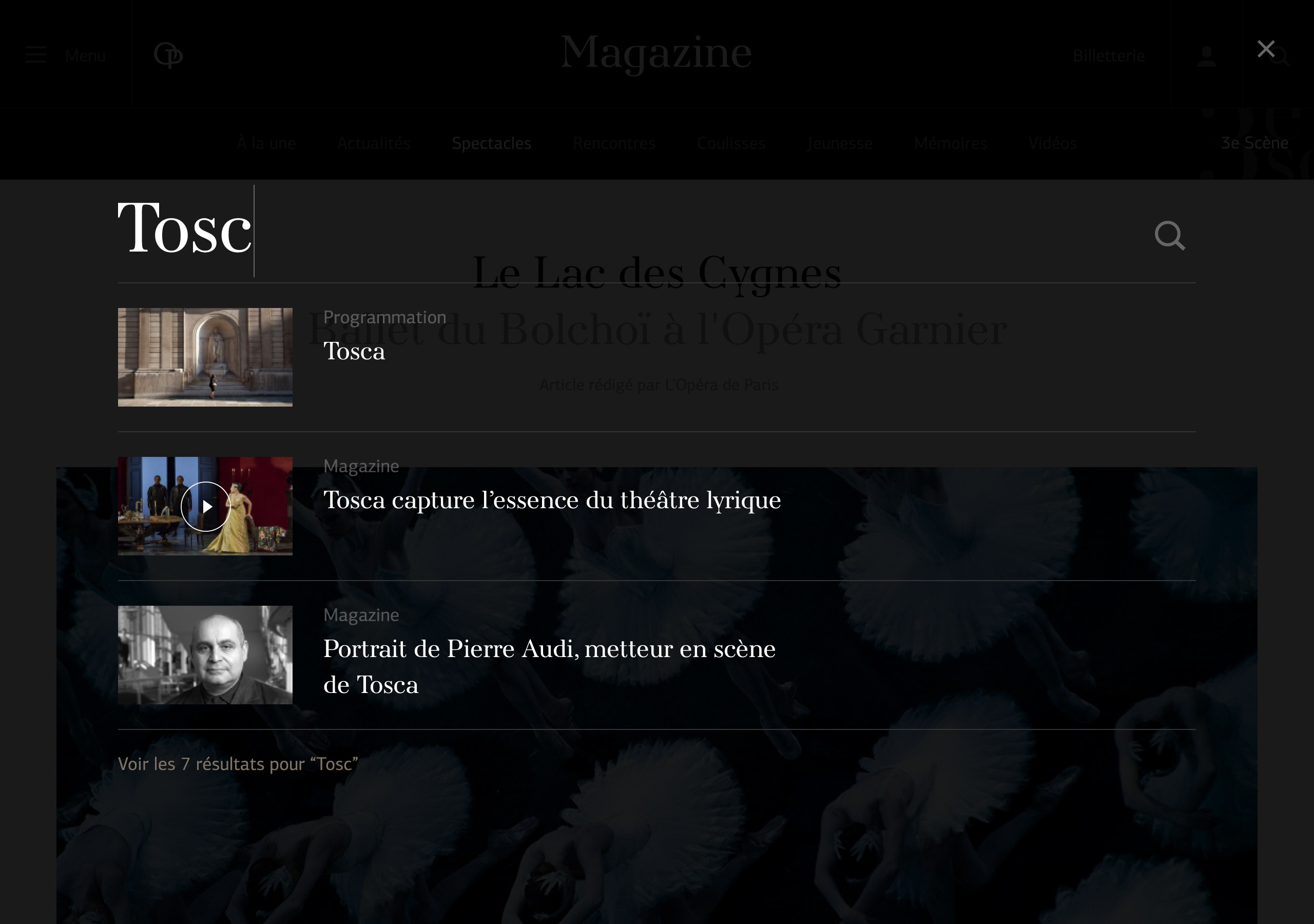 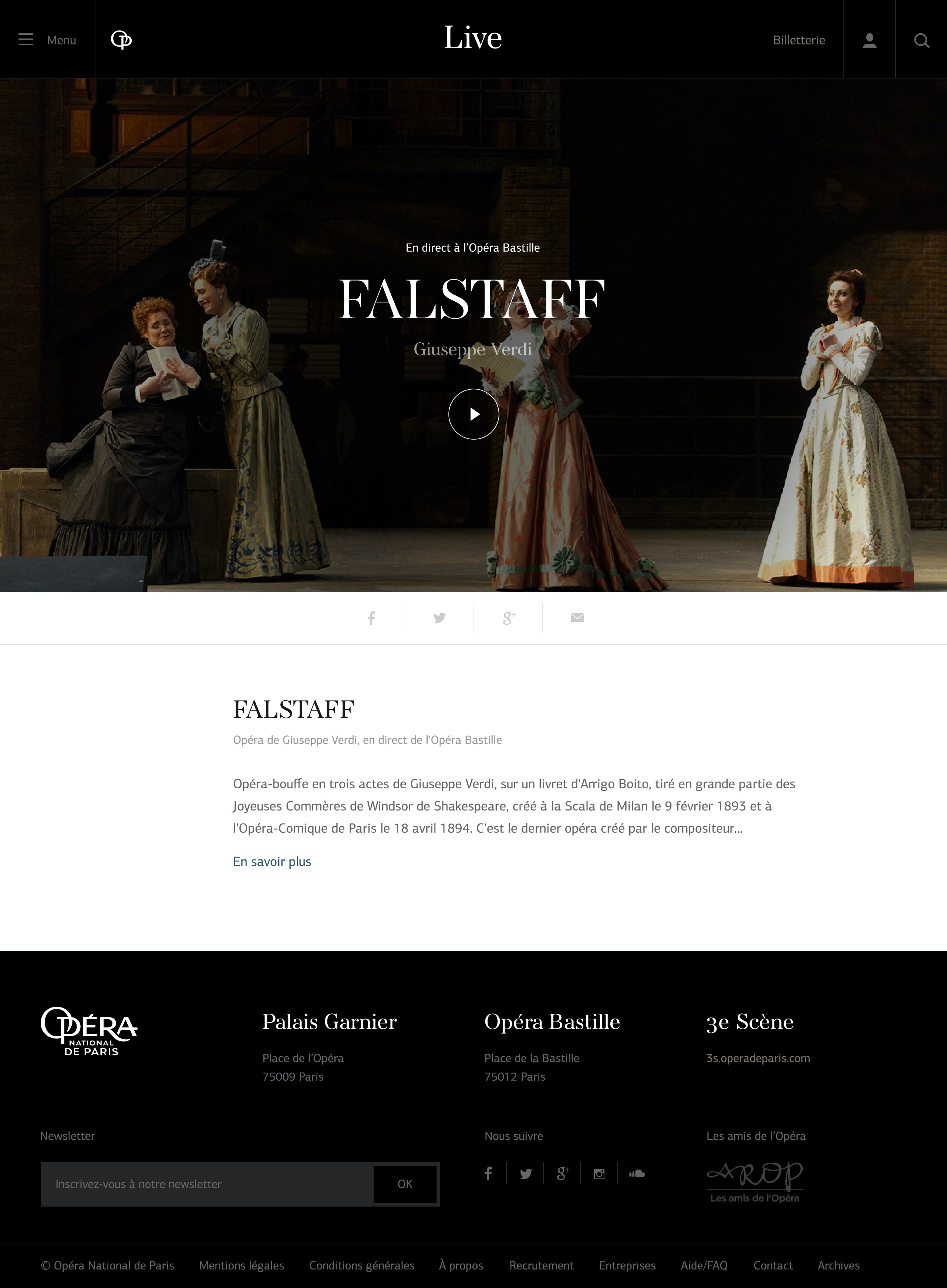 Join the conversation every day

Open to the world, this new stage reinforces the initial public mission of the Opéra: to distribute and disseminate the art of the opera to all.

“With new technologies affecting our audience expectations, it was essential to reposition the Paris Opera and take this digital shift. The new website offers an unprecedented look into the world of opera, music, dance, and on the trades and heritage of the Paris National Opera” says director Stéphane Lissner. 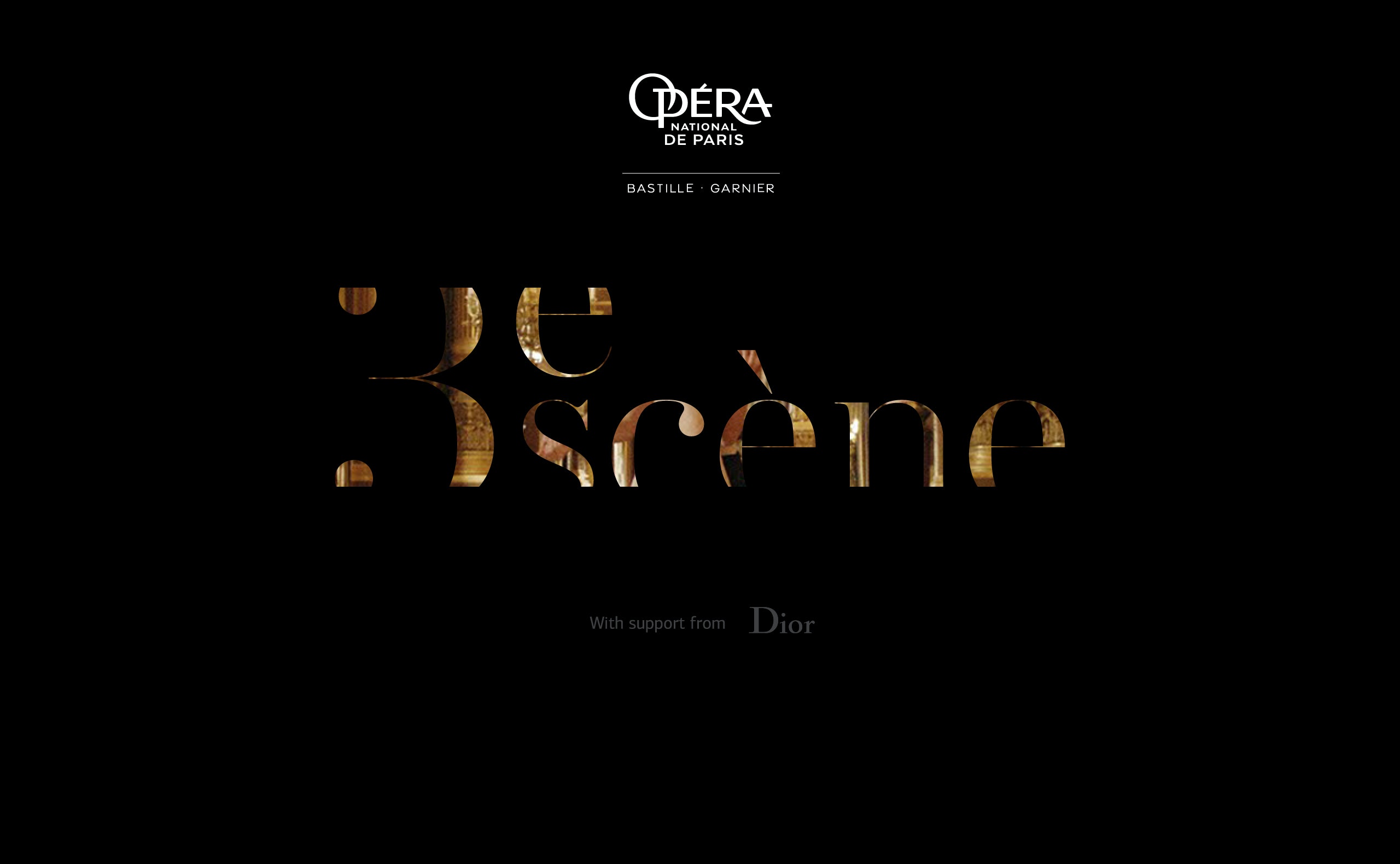 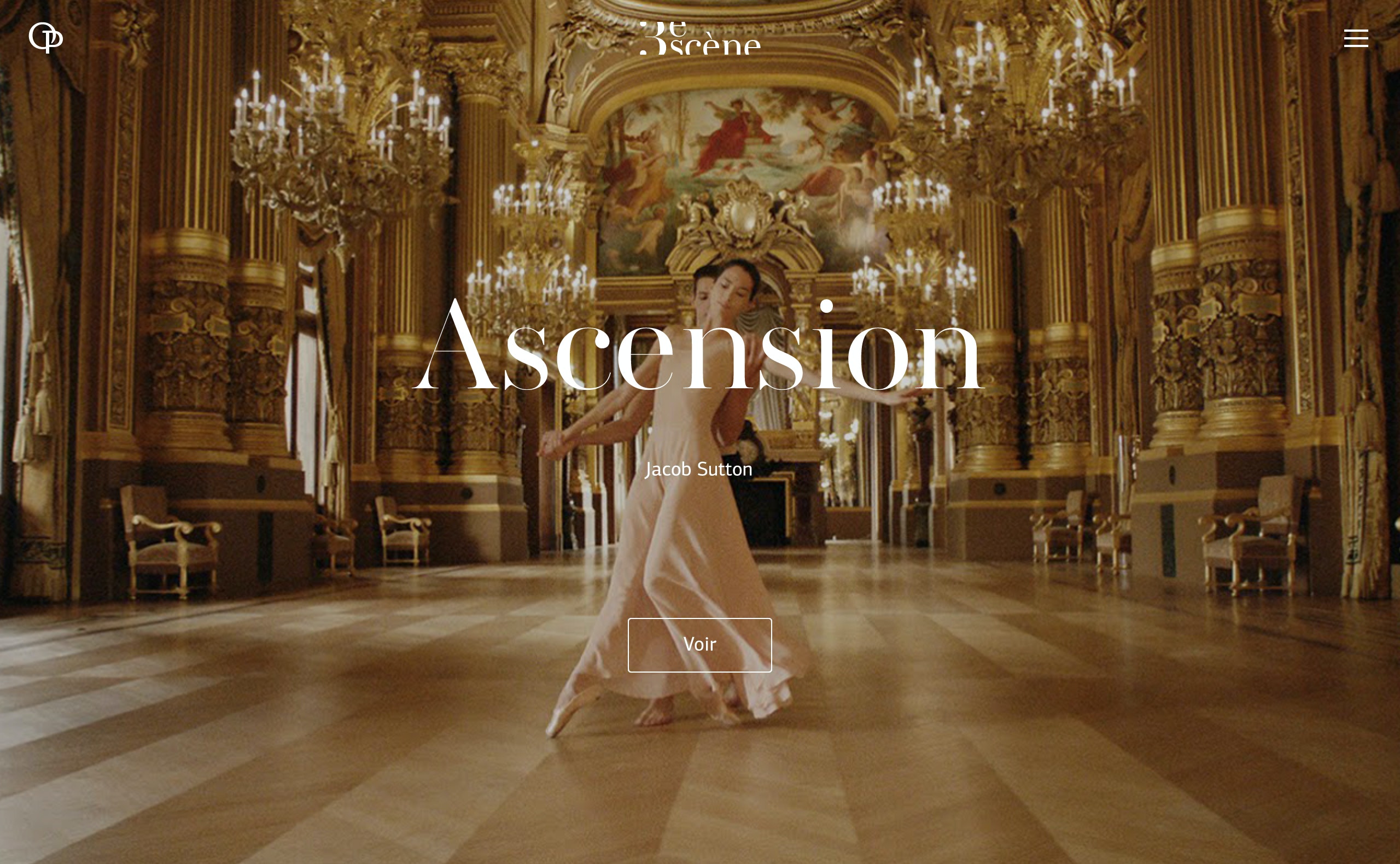 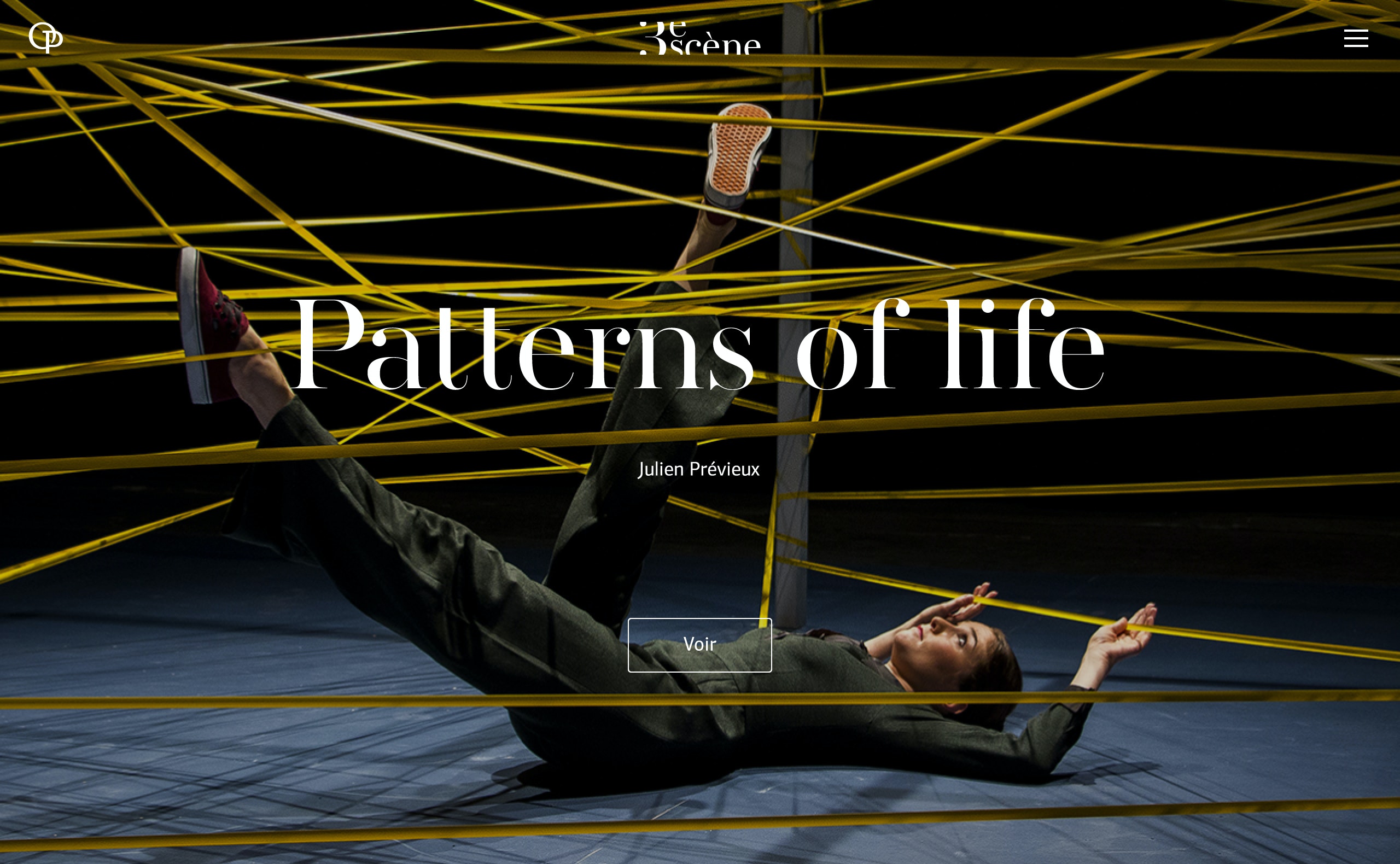 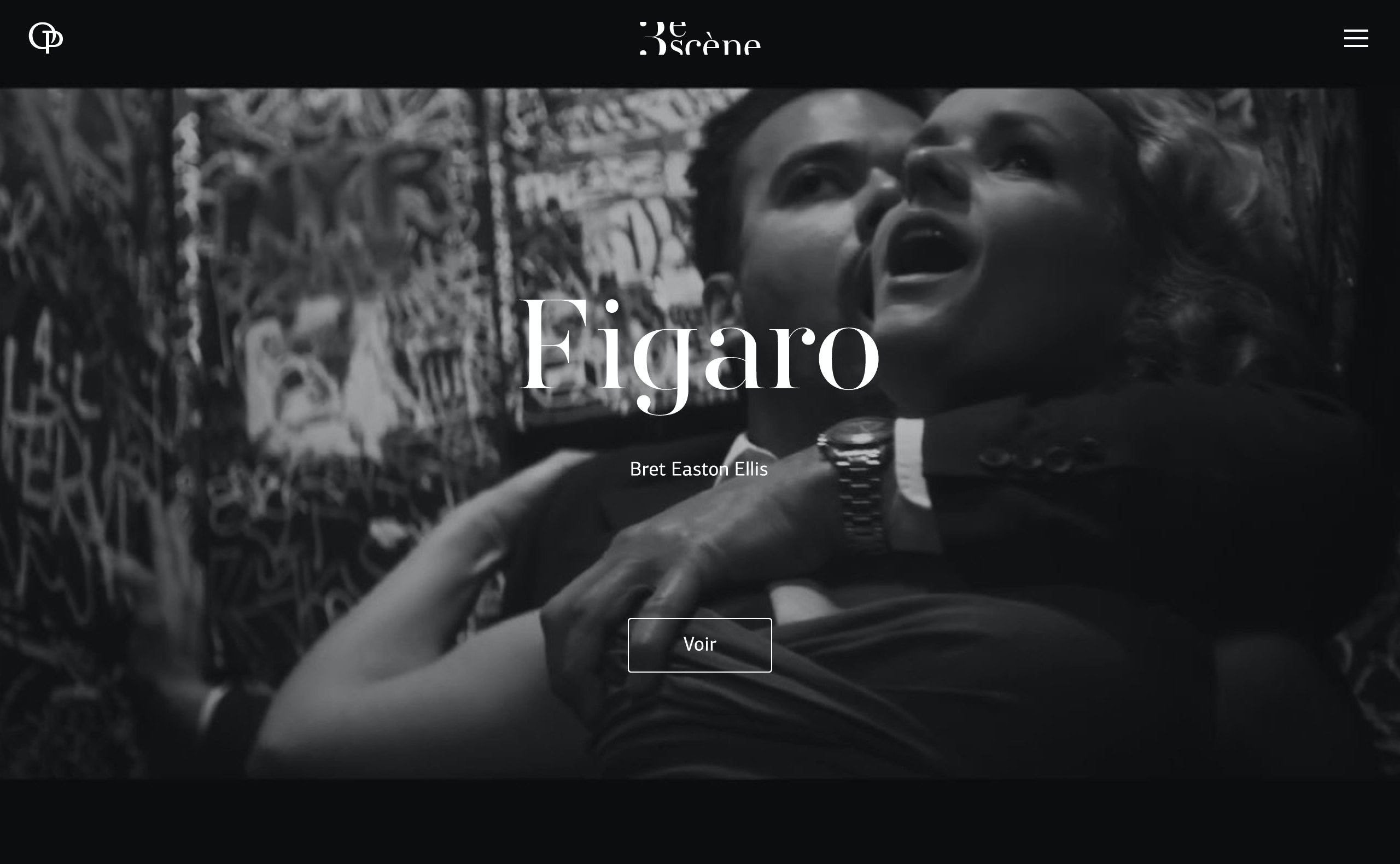 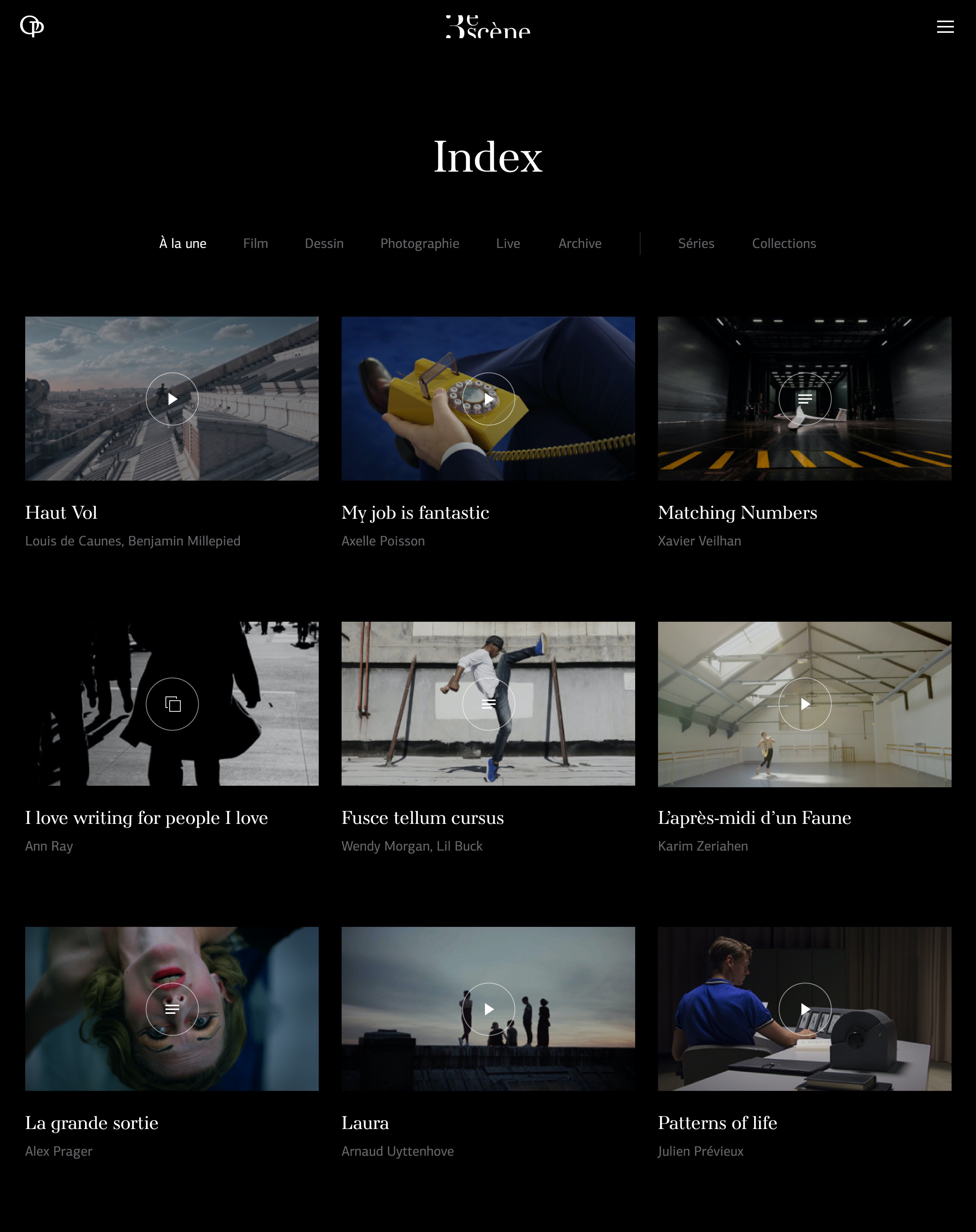 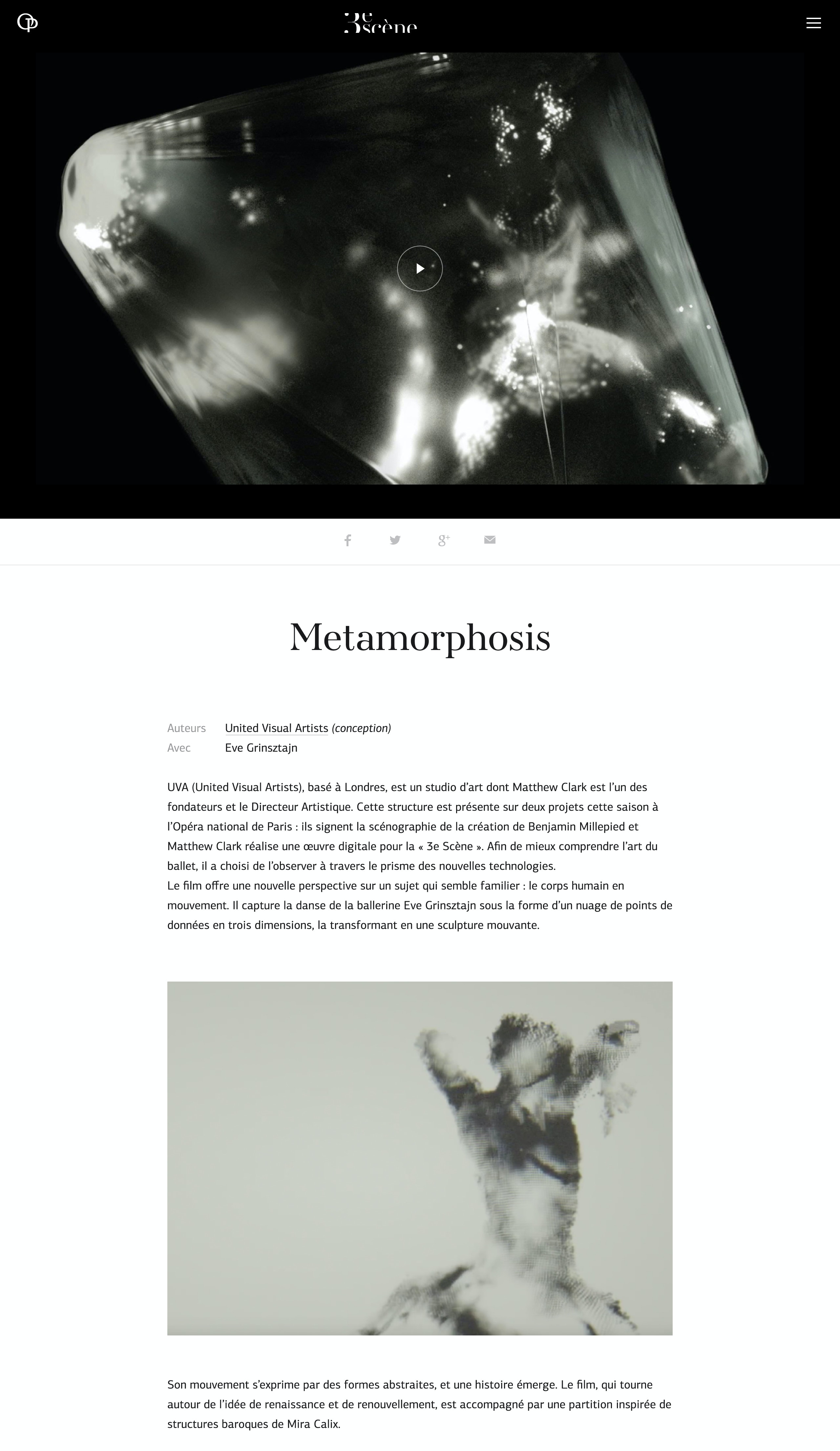 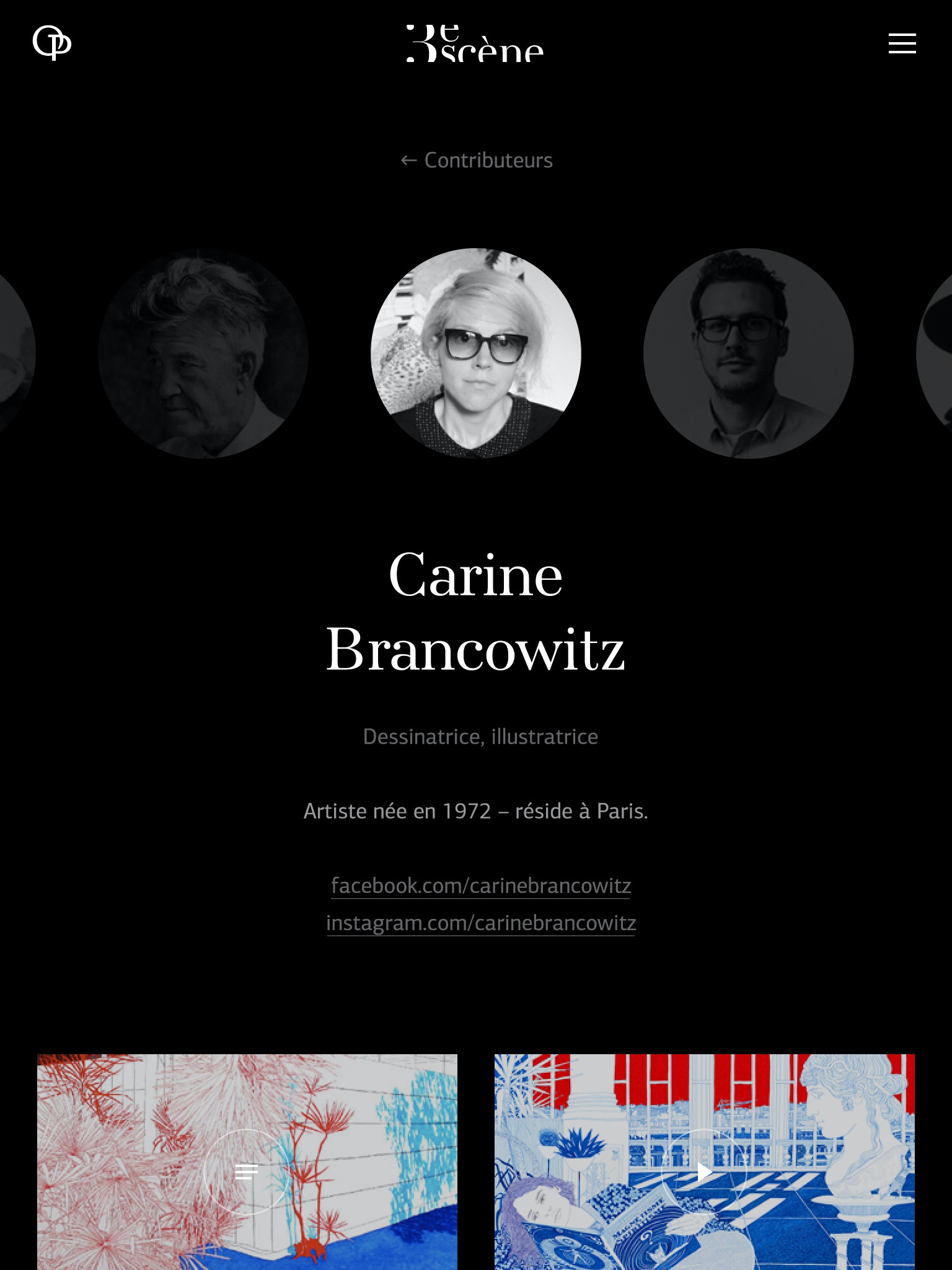 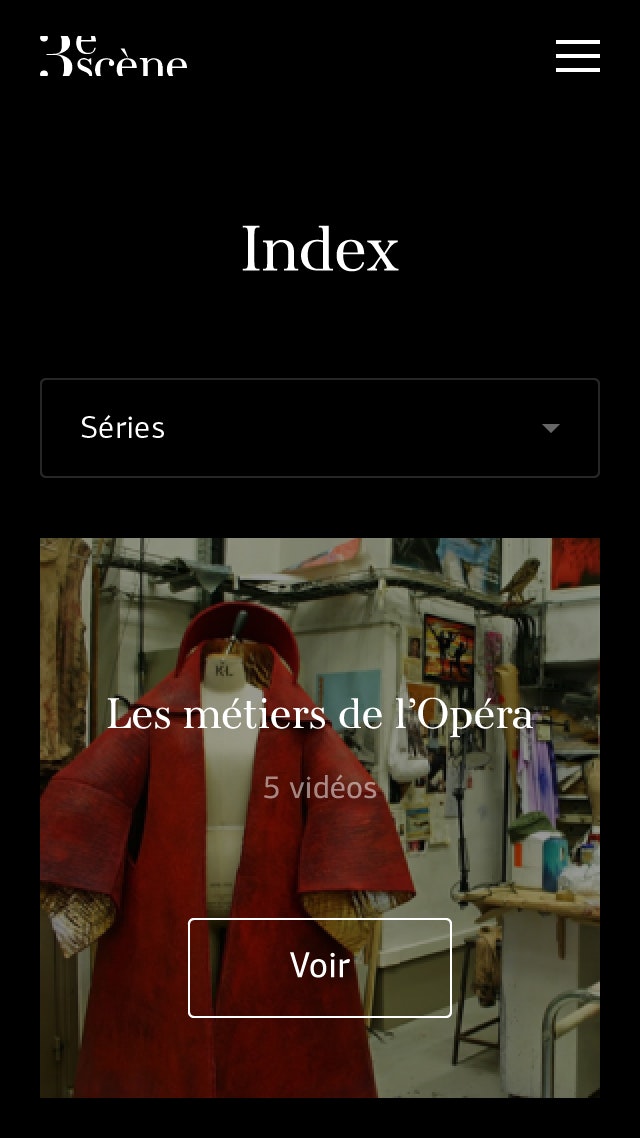 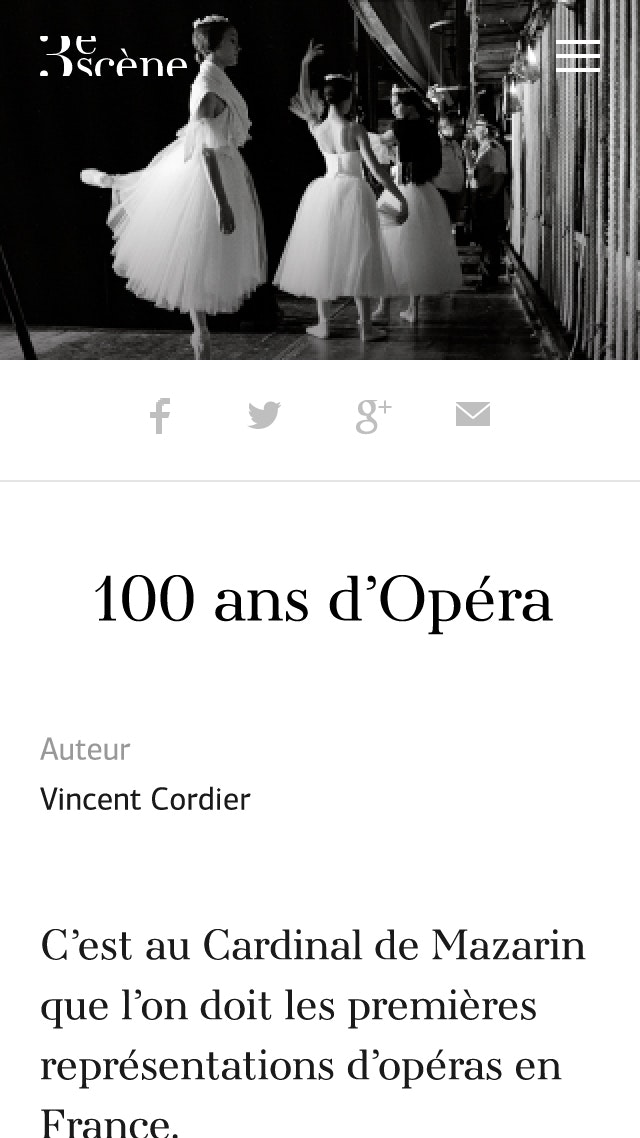